In the morning I often think of a woman I never met. Natalia Jimenez Martinez was 30, living on the quays like me, and working in Castletroy. And like me and quite a few of my friends, she would cycle into work, crossing town and turning right at the Hunt Museum to head east on her bike. Except for one morning in 2014, when she was turning right like I do every morning, and she was crushed by a truck carrying medical supplies, and killed instantly. I think about Natalia, because I think about me and many of my friends who cycle every day along the same route, and I wonder when it’ll be me or someone I know who will lose their lives to a careless driver.

We have a great cycle path along the canal and river out to UL. I use it every day, as do many others. We need to build on this and build a safe cycle network in Limerick. First step is an east-west spine through the city – a safe and segregated route through the city that you would let your child cycle on. There is a route that would connect primary, secondary and third level education establishments. There would be some inconvenience for car owners as the cycle route would take some road space away from cars, but there would be many benefits, and there are opportunities to improve facilities for pedestrians too by making footpaths wider.

The route would be a straightforward one, starting at the beginning of South Circular road and extending the entire length of the road on the left hand side, past Mary I, Scoil Mháthair Dé, St. Clement’s and Laurel Hill (and a block away from Limerick School Project and The Model), down Henry Street and around Arthur’s Quay, then turning right at the Hunt Museum along Charlotte’s Quay, joining up with the canal path out to UL. 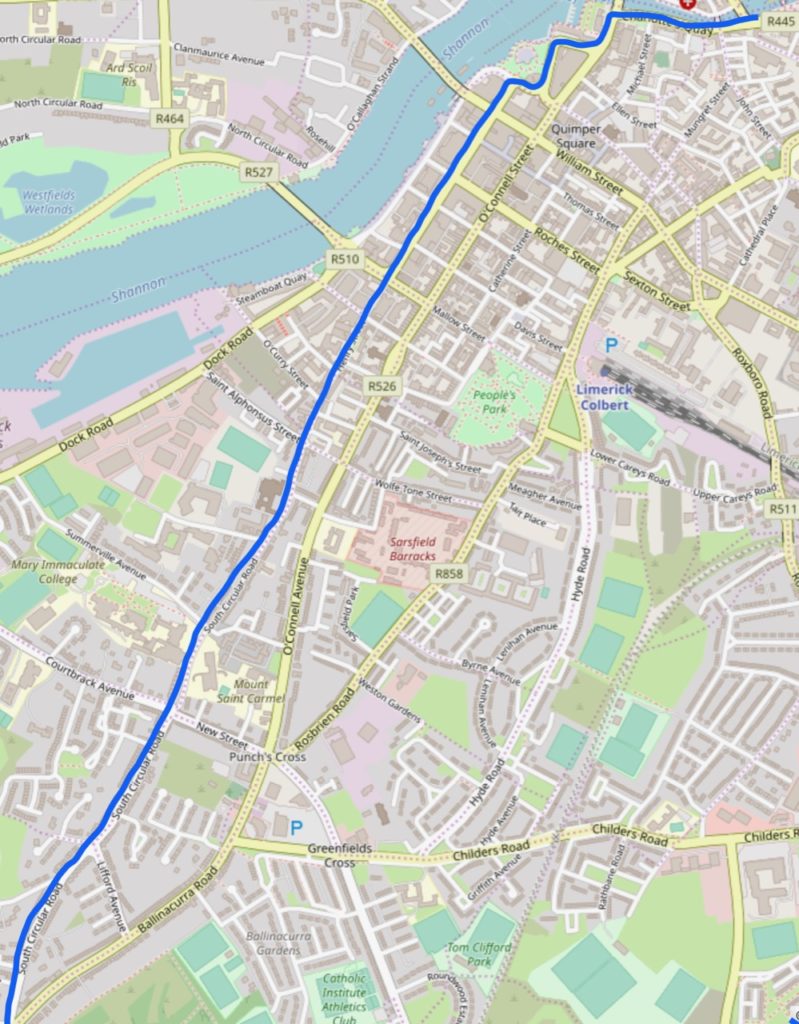 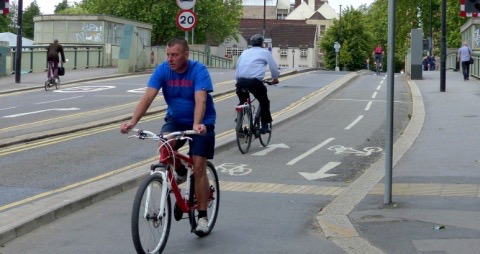 A two-way, fully segregated path that cannot be parked on. Wide enough that you can go two abreast and chat to your friend on your way to work. With signage that tells motorists to yield at junctions, with a raised level and tightened corners for crossing car traffic, and traffic lights where necessary. A quality piece of infrastructure that would get kids out of cars and onto bikes, solving much of Limerick’s traffic problems in one swoop.

More female secondary school students in Limerick city drive themselves to school than cycle according to the Central Statistics Office. This statistic saddens me. This route could change that.

There would be some outrage too of course. Some residents on the South Circular Road would no longer be able to park their cars right outside their houses. Most of the road would have to become one-way. Nobody likes change. There would be familiar calls for the cycle lane to go somewhere else (O’Connell Ave needs to be a priority for public transport and has a massive hill in the middle, going down the Dock Road would make no sense), or that it would be a waste of money, and a thousand other reasons. But if we’re serious about Limerick, if we want our home to be a serious European city that can attract people to work and to come on holidays, we need to stop the 1970’s thinking about roads being just about getting cars through as fast as possible, and think about all those secondary school students driving themselves to school.

I’ve spoken to a lot of families in Limerick who would love to cycle to work or school, and who would love to leave the car at home and cycle into the market on Saturday morning with the kids. Many don’t because they feel it’s too dangerous. With the right infrastructure we can change that. And once we build it we can extend it out all the way to Raheen Industrial Estate, and start work on a north-south spine between LIT, Caherdavin and Moyross, and Roxboro and Southill.

I’d love to work with anyone I can to make this a reality. Drop me an email (contact details here) if you’re interested in helping, and also check out Limerick Cycling Campaign’s ongoing work to make Limerick a better place for cyclists.