Intention of the scheme

Given the fact that the current carriageway width of Fr. Russell Rd is 7.5m and the scheme proposes to reallocate some of this road space away from the private car, I would like to express general support for this scheme, however I believe some aspects could be improved.

From the Part 8 planning report:

“DMURS includes guidance on carriageway widths and recommends that designers should minimise the width of the carriageway…Low to moderate speeds should be encouraged on the roadway with the recommended width in DMURS being 6 – 6.5m”

DMURS does state that the preferred carriageway width on Arterial and Link streets are 3.0m and 3.25m. However given the limited room for footpaths and cycle lanes on Fr. Russell Rd. I believe that consideration should be given to narrowing the carriageway width to 2.75m, which would give more room for active travel modes. A roadway width of 5.5m is still within DMURS guidelines for an Arterial or Link street. This would allow space to widen the cycle lanes beyond 1.5m which is very narrow. 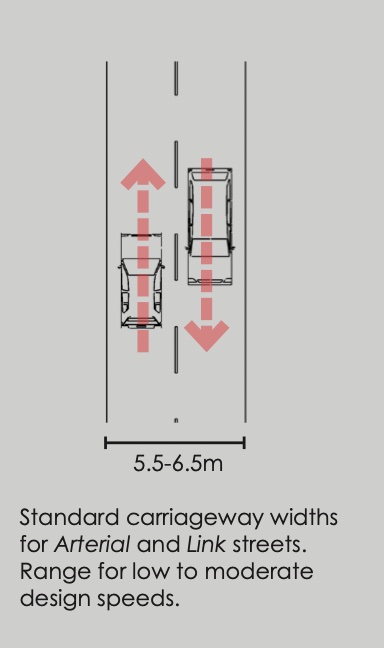 Consideration of a bi-directional cycle lane and other design aspects of a similar active travel scheme in Dun Laoghaire. 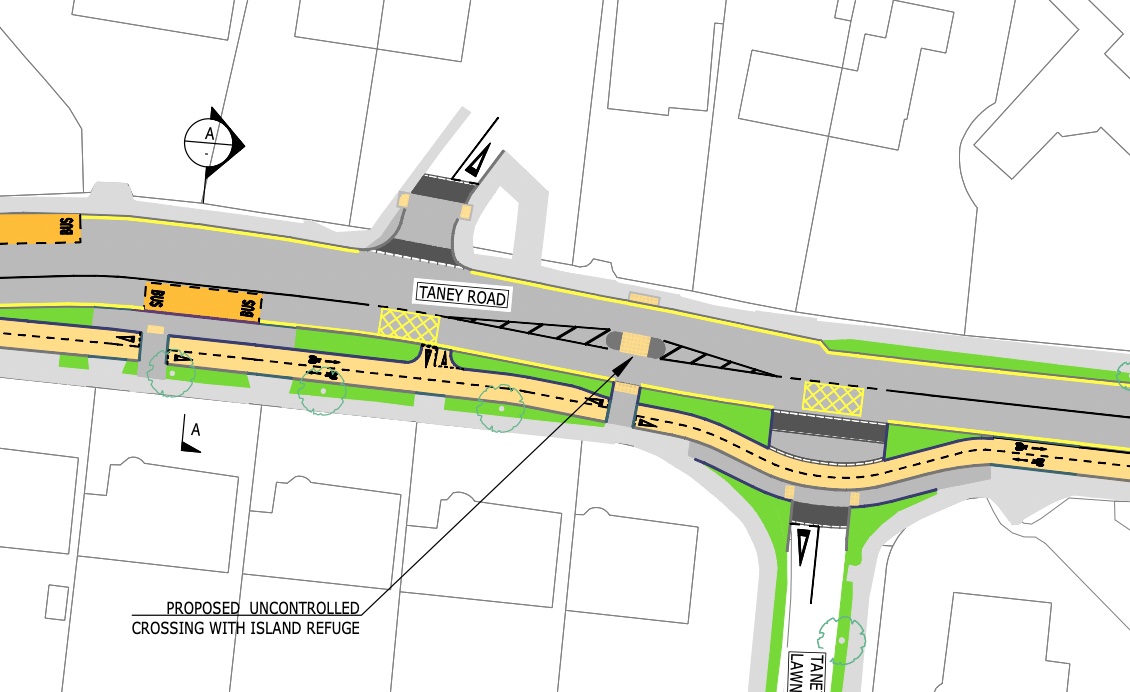 Fr. Russell Rd is not too dissimilar to the R112 Taney Rd between Stillorgan and Dundrum in the Dun Laoghaire County Council area. Coincidentally this road is also subject to a proposed active travel route: , and it may be useful to consider some aspects of this scheme, in particular: